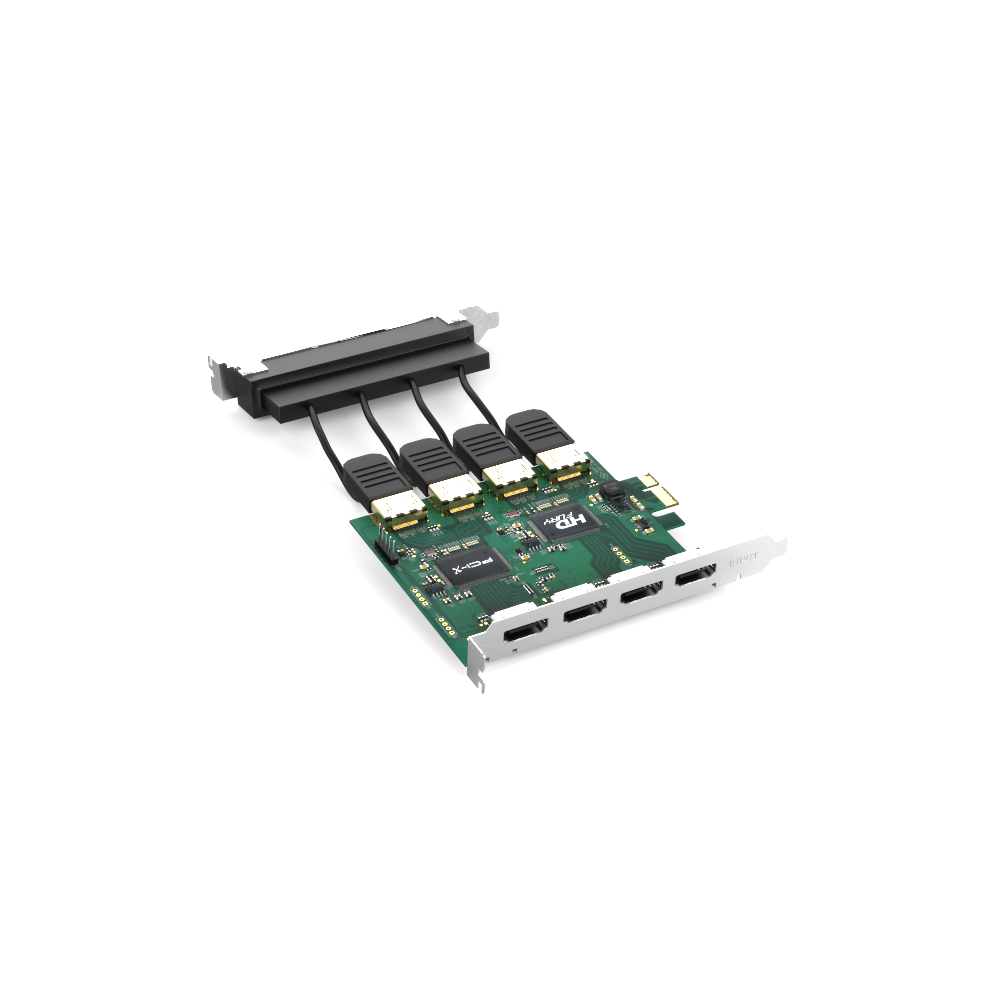 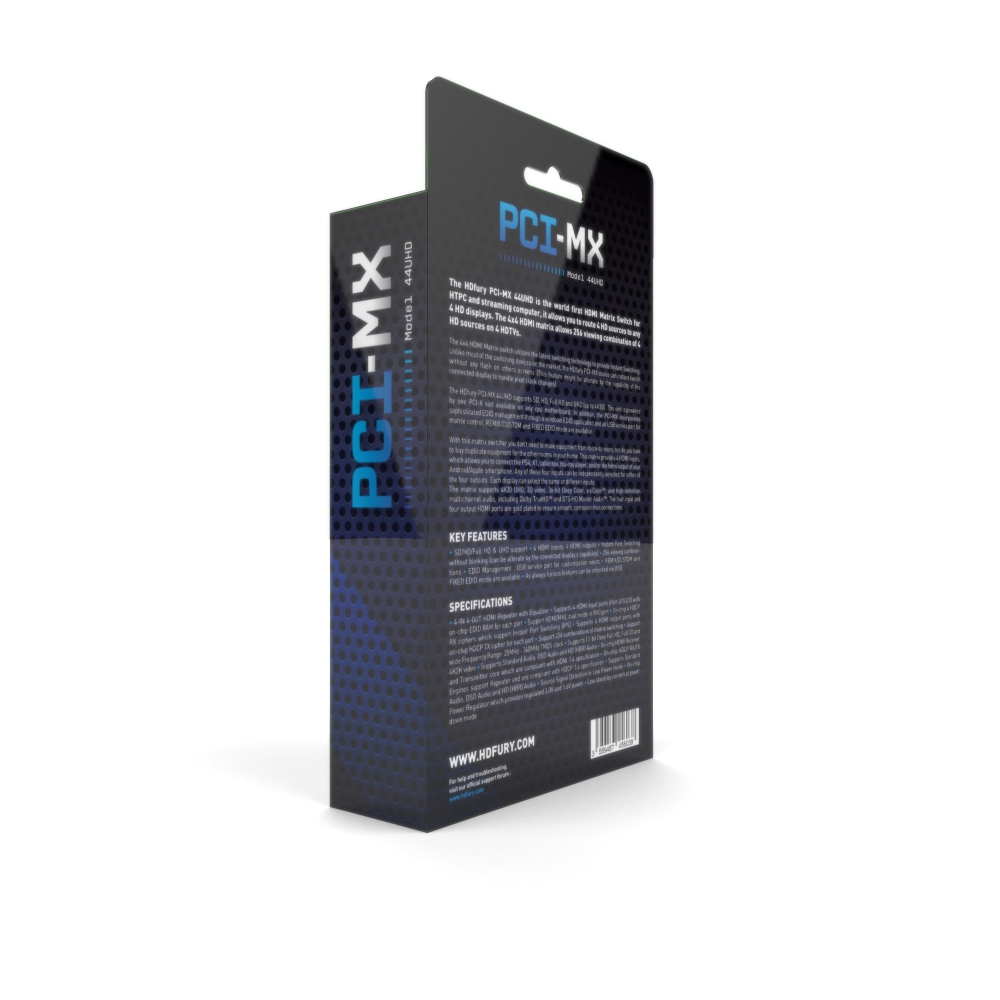 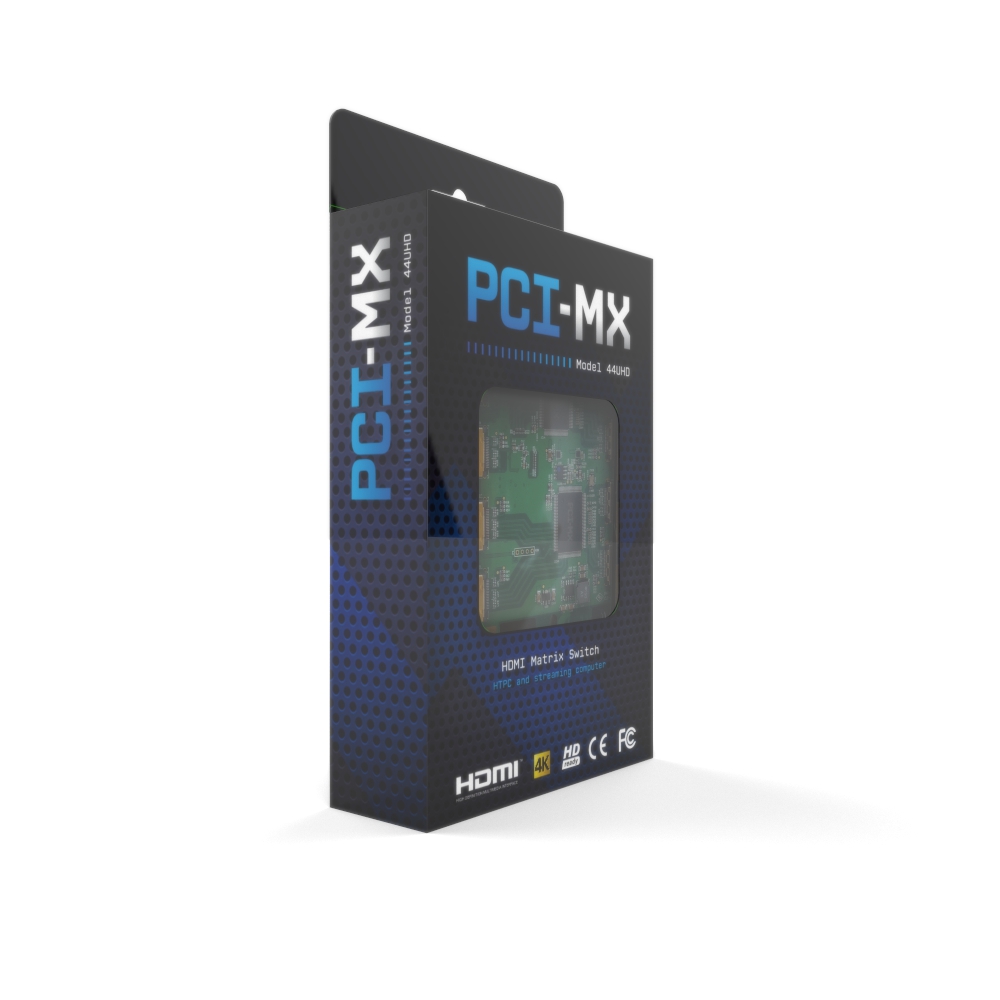 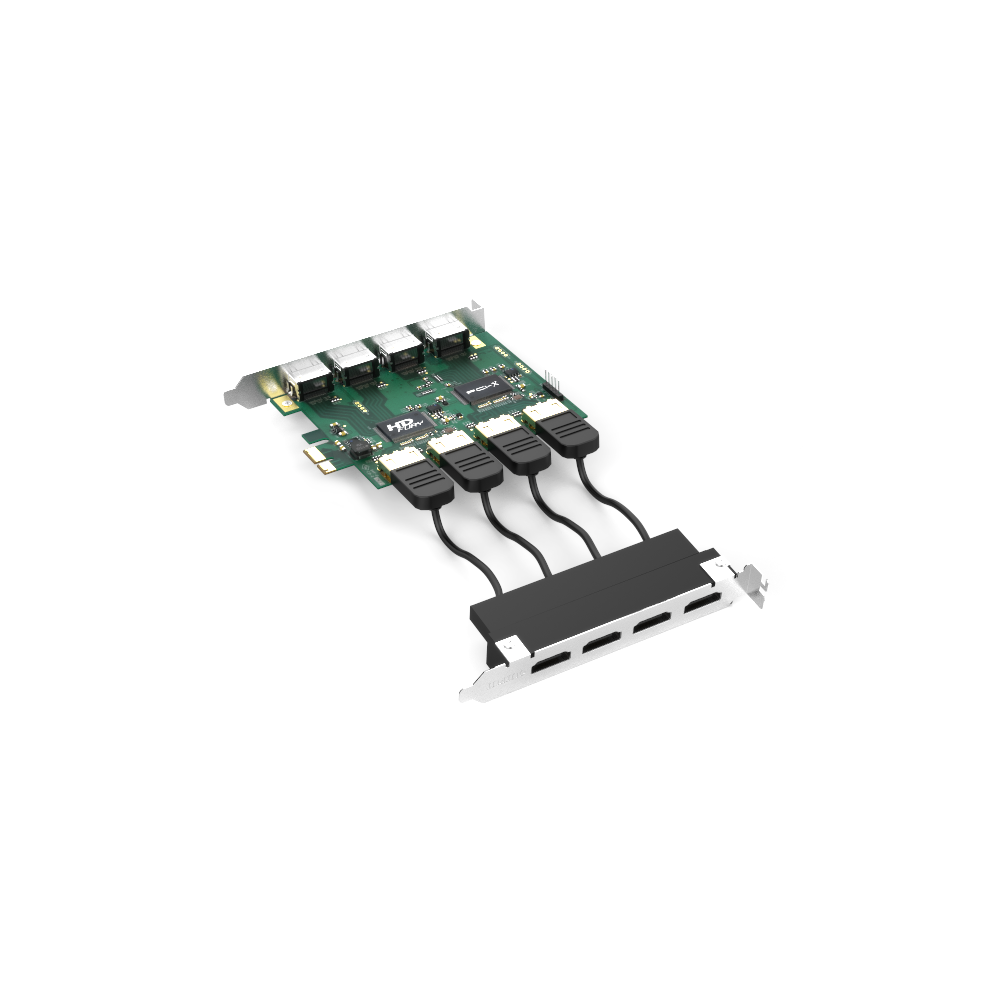 The HDfury PCI-MX 44UHD is the world first HDMI Matrix Switch for HTPC and streaming computer, it allows you to route 4 HD sources to 4 HD displays. The 4×4 HDMI matrix allows 32 viewing combination of 4 HD sources on 4 HDTVs.
The 4×4 HDMI Matrix switch utilizes the latest switching technology to provide Instant Switching. Unlike most of the switching devices on the market, the HDfury PCI-MX device can instant switch without any flash on others screens (This feature might be alterable by the capability of the connected display to handle pixel clock changes ).

The HDfury PCI-MX 44UHD supports SD, HD, Full HD and UHD (up to 4K30) . The unit is powered by one PCI-X slot available on any cpu motherboard.
In addition, the PCI-MX incorporates sophisticated EDID management through a windows EDID application and an USB service port for matrix control.
REMIX/CUSTOM and FIXED EDID mode are available

With this matrix switcher you don’t need to move equipment from room-to-room, nor do you have to buy duplicate equipment for the other rooms in your home.
This matrix provides 4 HDMI inputs, which allows you to connect the PS4, X1, cable box, blu-ray player, and/or the hdmi output of your Android/Apple smartphone.

As always furious features can be unlocked via USB.

4-IN 4-OUT HDMI Repeater with Equalizer

On-chip HDMI Receiver and Transmitter core which are compliant with HDMI 1.4 specification

2. Turn on computer and make sure you have the silabs driver installed (see download section).

3. Run the Matrix command line tool to configure the unit as you wish.

Got questions ? We have answers !

Once the card is installed and once you have the Silabs drivers installed, simply run the control software from a command line prompt.
You can get a command line prompt under windows by clicking START button, then enter “CMD” in the search field.
To get an overview of the possible commands available, simply write the software name (you can rename it if you need)

What kind of routing option are available ? 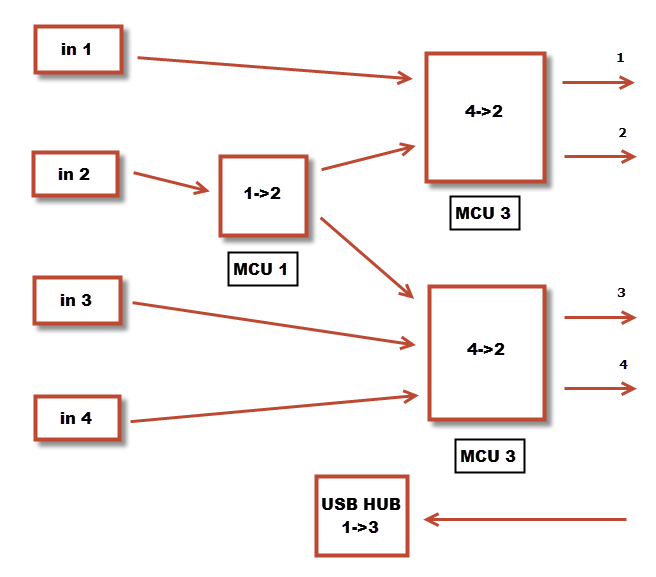 Select the right drivers based on your Windows version and the USB port version you plan to use. Drivers only need to be installed once for all our devices.